Tesla scored a basket of new records, including a total of 184,877 vehicle deliveries in the first quarter, despite “really severe supply chain issues.”

The Model 3 and Y accounted for 182,847 of the deliveries, while the Model S and X accounted for 2,030 deliveries. The announcement comes after Tesla reported record first-quarter vehicle deliveries of 184,800 earlier this month.

Tesla says it was able to navigate through global chip supply shortages induced by the coronavirus pandemic by “pivoting extremely quickly to new microcontrollers, while simultaneously developing firmware for new chips made by new suppliers.”

The electric vehicle maker reported record net income of $438 million, or 39 cents per share, compared with $16 million, or 2 cents a share, a year ago. Adjusted for one-time items, the company earned 93 cents per share. Total revenue grew 74% year-over-year to $10.3 billion, with about $518 million in automotive revenue coming from sales of regulatory credits. Both top and bottom line exceeded analyst estimates.

Tesla’s average selling price per vehicle declined 13% year-over-year due to delivery reductions in its Model S and Model X vehicles following product updates and lower average selling price vehicles made in China becoming a larger percentage of the company’s overall mix. However, the company said its margins rose and costs “decreased even faster.”

Tesla expects the first deliveries of its latest Model S to begin “very shortly” and noted that Model Y production in Shanghai and Fremont, California continues to ramp up. The company also noted that its making progress on its two new factories in Berlin and Texas, which remain on track to start vehicle production and deliveries later this year. Tesla Semi deliveries will also begin in 2021.

Looking ahead, the company expects 50% average growth in vehicle deliveries in 2021 and beyond.

“In some years we may grow faster, which we expect to be the case in 2021,” Tesla said. “The rate of growth will depend on our equipment capacity, operational efficiency and capacity and stability of the supply chain.”

READ:  EU crowns China the winner as it bans US visitors, but considers Chinese tourists

One concern though amidst the positive sales growth is that the expansion of repair services is not keeping pace with the volume of Tesla’s being sold. Several publications including the San Francisco Chronicle and its SF Gate website have reported long delays in repairs. As recently as two weeks ago, FOX Business reported that Musk promised an improvement in collision repairs. But according to today’s release service centers increased by only 28% and its mobile service fleet by only 22%.

The company also noted that it continues to focus on the development of the V9 version of its Full Self Driving City Streets beta, which will soon become more widely available in the United States.

“We believe that a vision-only system is ultimately all that is needed for full autonomy,” the company added. “Our AI-based software architecture has been increasingly reliant on cameras, to the point where radar is becoming unnecessary earlier than expected. As a result, our FSD team is fully focused on evolving to a vision-based autonomous system and we are nearly ready to switch the US market to Tesla Vision.”

The update on the company’s vehicle software comes following a fatal Tesla crash in Texas that killed two people earlier this month, which appeared to have no driver behind the wheel. U.S. safety regulators are investigating whether the vehicle’s Autopilot safety feature was engaged prior to the crash. While Tesla CEO Elon Musk has pushed back against the feature playing a role in the Texas crash, the company warns that drivers engaging Autopilot must remain alert and be prepared to take over at any time.

The company finished the quarter with $17.1 billion in cash, driven mainly by a net cash outflow of $1.2 billion in bitcoin purchases. Selling some of its bitcoin resulted in a “positive impact” of around $101 million, Tesla said. 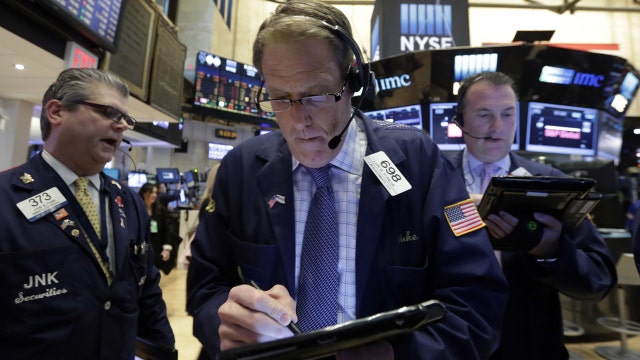 Gymboree owner gives in to ‘unrivaled passion’ with online comeback

Why Shares of L3 Technologies Jumped in May