House lawmakers are also expected to take up a $3.5 trillion budget resolution passed by the Senate earlier this month. In addition, the Federal Reserve Bank of Kansas City will hold its annual economic symposium in Jackson Hole, Wyoming in the back half of the week.

This as the markets are trading higher after falling last week on concerns about the delta variant and the Federal Reserve’s announcement that tapering its support for the economy could begin as early as this year.

Kicking off the week for earnings will be JD.com and Madison Square Garden Entertainment before the market open, followed by Palo Alto Networks after the closing bell. Investors will also be watching the national activity index and existing home sales.

In the world of politics, the House of Representatives is expected to cut its recess short and return to session to take up a $3.5 trillion budget resolution on Monday, which includes $550 billion in new infrastructure spending. In addition, House Majority Leader Steny Hoyer said lawmakers also may take up other legislation such as the John Lewis Voting Rights Act.

Other notable events on Monday include General Motors’ Lansing Delta Assembly plant resuming production and the beginning of Ford’s recall of certain trucks and SUVs. The International Monetary Fund will also dish out $650 billion in its biggest reserve distribution ever.

Advanced Auto Parts, Best Buy and Medtronic are slated to report earnings before the market open on Tuesday, while Intuit, Nordstrom, Toll Brothers and Urban Outfitters will report after the closing bell. Economic data to watch on Tuesday includes building permits and new home sales.

In addition, ReNew Power will make its debut on the Nasdaq Tuesday under the ticker symbols RNW and RNWWW. Approximately 88% of the votes cast by shareholders on the business combination proposal with special purpose acquisition company RMG II were in favor of the measure. The $8 billion deal marks the biggest overseas SPAC listing of an Indian company.

President Biden will also meet with private sector executives on Wednesday to discuss ways to strengthen cybersecurity as hackers have stepped up ransomware attacks throughout 2021. Check Point Research estimates that the number of ransomware attacks, in which a bad actor seizes a company or individual’s data and withholds it until a ransom is paid, has increased by 93% each week over the last 12 months. The firm notes that North America has experienced a 32% surge in ransomware attacks in the last six months alone.

Also on Wednesday, Disneyland will open sales for its Magic Keys program, a replacement for its Annual Pass. The program, which is split into four separate tiers dubbed Dream Key, Believe Key, Enchant Key and Magic Key, will offer special perks including dining, merchandise, and parking discounts and the ability to hold multiple theme park reservations at a time.

In this image from video made available by Blue Origin, the New Shepard rocket lifts off during a test in West Texas on Wednesday, April 14, 2021. (Blue Origin via AP)

In addition, Blue Origin will fly its 17th New Shepard mission to date. The mission, which will liftoff at 9:35 a.m. Eastern Time from Launch Site One in West Texas, will carry a NASA lunar landing technology demonstration on the exterior of its booster, 18 commercial payloads inside the crew capsule, 11 of which are NASA-supported, and an art installation on the exterior of the capsule. To date, New Shepard has flown more than 100 payloads to space across 11 flights.

Meanwhile, taking the spotlight after the bell on Thursday will be big names including Dell Technologies, Gap, HP, Peloton Interactive and Workday.

As for economic data, investors will be watching corporate profits, GDP, and weekly initial and continuing jobless claims.

Big Lots will wrap up the week for earnings data, while personal income, consumer spending, the core PCE price index and the University of Michigan’s consumer sentiment index will finish out the week for economic data.

The Federal Reserve Bank of Kansas City will also holds its economic policy symposium titled “Macroeconomic Policy in an Uneven Economy” in Jackson Hole, Wyoming. The event, which was originally slated to host in-person attendees, has switched to a virtual only event due to the “recently elevated COVID-19 health risk level” in Teton County, Wyoming.

“While we are disappointed that health conditions will prevent us from being able to gather in person at the Jackson Lake Lodge this year as we had planned, the safety of our guests and the Teton County community is our priority,” said Kansas City Fed president and CEO Esther George said in a statement.

It will also be a big day for the newly public Astra Space, which will conduct its first orbital launch on Friday in which it will carry a test payload for the U.S. Space Force’s Space Test Program.

The mission, dubbed STP-27AD1, will take place at Astra’s Kodiak Spaceport, located at the Pacific Spaceport Complex in Kodiak, Alaska. The launch window will begin at 1:00PM pacific time on Friday and remain open through Saturday Sept. 11.

Jillian Michaels talks about her app, home fitness and personal battle with coronavirus

Ball buying metal beverage can maker Rexam in cash-and-stock deal valued at about $6.64B

Things to know about top 50 donors for 2015, as listed by The Chronicle of Philanthropy 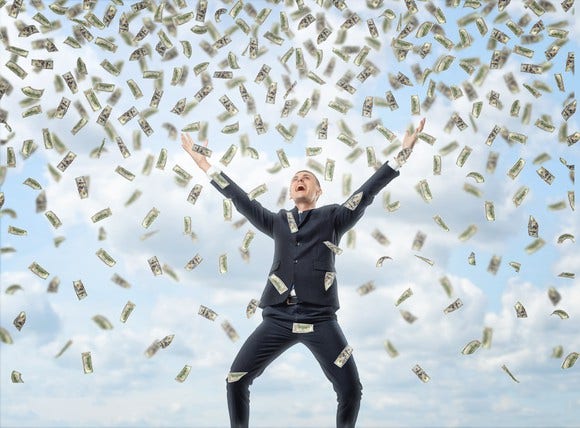 3 Best-Performing Stocks in May