You are watching: HBO Now Is Expensive; Don’t Expect It to Get Any Cheaper in swppr.org

At $15 per month, Time Warner‘s streaming service, HBO Now, is fairly expensive. It costs almost twice as much as Amazon Prime and 50% more than Netflix .

For the money, Time Warner is offering access to many hit shows that can’t be found anywhere else,along with a hefty catalog of movies and somechildren’s programming. Yet its price may be limiting the growth of its subscriber base. In February, Time Warner revealed that HBO Now had just 800,000 paying customers as of the end of last year — far fewer than rival streaming services.

A price cut, however, remains unlikely.

What you can get for $15 per monthHBO Now subscribers can access a catalog of about 70 original series and miniseries of varying length, and nearly 500 films. That’s a lot of content — literally thousands of hours of entertainment — and on that basis, HBO Now is a bargain. But its rivals simply offer more. Netflix grants its streaming subscribers access to around 7,000 movies and television show seasons, according to instantwatcher.com. Amazon Prime boasts around 20,000.

To be fair, many of the films and television series Amazon and Netflix offer are of questionable quality. Still, in terms of sheer volume, HBO Now hardly compares. This difference appears particularly egregious when you consider pricing:

READ:  The Most Popular American Brands In China

Of course, HBO Now has a lot more exclusive content than either Netflix or Amazon Prime. Marquee series like Game of Thrones, Last Week Tonight, andTrue Detective can’t be found anywhere else. But Netflix and Amazon Prime have a growing slate of original series in their own right, and a large amount in the pipeline. Netflix says it will have 31 original shows in 2016, which should dwarf HBO Now’s lineup.

Both Netflix and Amazon Prime have many more subscribers on a domestic basis. At the end of last year, Netflix had about 45 million domestic subscribers, compared to 800,000 for HBO Now. Amazon doesn’t disclose the number of Prime subscribers it has, but estimates have put the figure at around 54 million.

No plans to discount HBO NowAdmittedly, the comparison is unfair because while Netflix and Amazon Prime are only available as streaming services, Time Warner also sells HBO through a network of paid-TV providers. Those who subscribe to HBO through a cable company such as Cox Communications get access to HBO Go, a streaming service that looks and functions almost identically to HBO Now.

When Time Warner reported earnings last month, the company revealed that its Home Box Office business had a total of 48.7 million domestic subscribers. That includes both HBO and Cinemax, but the bulk were likely HBO customers. If HBO Now was the only way to access HBO, it’s possible it would have more than 30 million subscribers.

HBO, as a business unit, remains fantastically profitable. Last quarter, Home Box Office generated adjusted operating income of $393 million for Time Warner. Pricing for HBO varies, but paid-TV providers often offer it for just $10 per month, or they include it as a part of a larger bundle. Undercutting its traditional partners with its streaming service could devastate the ecosystem that still generates the bulk of Time Warner’s business.

“We don’t have any plans to change the price point at this time … We think that our premium price point right now makes sense … We will assess that as we go [forward]. But right now we have [no] plans to change it,” said Time Warner’s Richard Plepler on the company’s earnings call in February (via Thomson Reuters).

The article HBO Now Is Expensive; Don’t Expect It to Get Any Cheaper originally appeared on Fool.com.

Sam Mattera has no position in any stocks mentioned. The Motley Fool owns shares of and recommends Amazon.com and Netflix. The Motley Fool recommends Time Warner. Try any of our Foolish newsletter services free for 30 days. We Fools may not all hold the same opinions, but we all believe that considering a diverse range of insights makes us better investors. The Motley Fool has a disclosure policy. 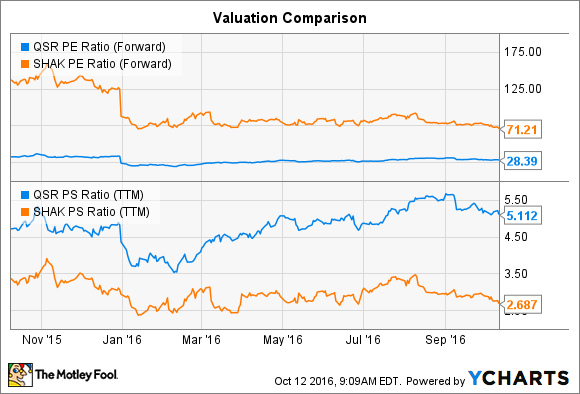