You are watching: France’s Patrick Modiano wins 2014 Nobel in literature for examining life amid Nazi occupation in swppr.org


Patrick Modiano of France, who has made a lifelong study of the Nazi occupation and its effects on his country, won the 2014 Nobel Prize in literature Thursday for what one academic called “crystal clear and resonant” prose.

Modiano, a 69-year-old resident of Paris, is an acclaimed writer in France but not well known in the English-speaking world. The Swedish Academy said it gave him the 8 million-kronor ($1.1 million) prize for evoking “the most ungraspable human destinies” and uncovering the humanity of life under Nazi occupation.

Jewishness, the Nazi occupation and loss of identity are recurrent themes in his novels, which include 1968’s “La Place de l’Etoile” — later hailed in Germany as a key post-Holocaust work.

Modiano’s novel “Missing Person” won the prestigious Prix Goncourt in 1978 and is among the more than 40 of his works published in French. Some have been translated into English, including “Ring of Roads: A Novel,” ”Villa Triste,” ”A Trace of Malice,” and “Honeymoon.”

Dervila Cooke of Dublin City University, author of a book about Modiano, said his works deal with the traumas of France’s past but have a “darkly humorous touch.”

“His prose is crystal clear and resonant,” she said. “A common description of his work is of its ‘petite musique’ — its haunting little music.”

Modiano was born in a west Paris suburb in July 1945, two months after World War II ended in Europe, to a father with Jewish-Italian origins and a Belgian actress mother who met during the 1940-44 occupation of Paris.

He has also written children’s books and film scripts, including co-writing the 1974 movie “Lacombe, Lucien” with director Louis Malle and the 2003 movie “Bon Voyage” with director Jean-Paul Rappeneau. He was a member of the jury at the Cannes Film Festival in 2000 and won the Austrian State Prize for European Literature in 2012.

“He is returning to the same topics again and again simply because these topics, you can’t exhaust them,” Englund told journalists in Stockholm. “You can’t give a definite answer to: Why did I turn into the person I am today? What happened to me? How will I break out of the weight of time? How can I reach back into past times?”

Englund, who wasn’t able to reach Modiano before the announcement, said the French writer also liked to play with the detective genre. In “Missing Person,” he wrote about a private detective launching his last investigation — finding out who he is because he has lost his memory.

“I’ve always had the wish, the nostalgia to be able to write detective novels,” Modiano said in a rare interview last week in Telerama magazine. “At heart, the principal themes of detective novels are close to the things that obsess me: disappearance, the problems of identity, amnesia, the return to an enigmatic past.”

French President Francois Hollande congratulated Modiano, the 15th French citizen to win the Nobel for literature, saying he “takes his readers right to the deep trouble of the occupation’s dark period. And he tries to understand how the events lead individuals to lose as well as find themselves.”

Betting on Modiano to win the Nobel surged in the last week, raising questions about a possible leak. David Williams of bookmaker Ladbrokes said Modiano’s odds had shortened from 100-1 a few months ago to 10-1 before the announcement.

Something similar occurred in 2008, the last time there was a French Nobel winner for literature, Jean-Marie Gustave Le Clezio. But Williams said the betting pattern on Modiano was not suspicious.

“We are experts in analyzing betting patterns and we kind of know what a leak looks like. This doesn’t look like a leak. It just looks like his fans got behind him and gave him a bit of momentum,” he told The Associated Press.

Englund acknowledged that a leak in 2008 made the odds for Le Clezio plummet but insisted there was no leak this year.

“That was a leak, and Ladbrokes saw that too and stopped the betting,” he said. “I believe we have eliminated that leak now.”

Englund noted that the writers with the lowest odds in Nobel betting this year — including Kenyan writer Ngugi wa Thiong’o, Japan’s Haruki Murakami and Svetlana Alexievich of Belarus — did not win.

With the choice of Modiano, the prize returned to Europe after the academy picked Canadian writer Alice Munro in 2013 and Mo Yan of China in 2012.

The Swedish Academy often chooses writers whose works are little-known to readers outside their native country, but the sales effect of that varies. Japan’s Kenzaburo Oe, the 1994 literature winner, became a far more popular writer because of the Nobel, while Austrian Elfriede Jelinek, who won in 2004, is just slightly better known now than before.

This year’s Nobel Prize announcements started Monday with a U.S.-British scientist splitting the medicine prize with a Norwegian husband-and-wife team for brain research that could pave the way for a better understanding of diseases like Alzheimer’s.

Two Japanese researchers and a Japanese-born American won the physics prize Tuesday for inventing blue light-emitting diodes, a breakthrough that spurred the development of LED as a new light source.

The chemistry prize on Wednesday went to two Americans and a German researcher who found new ways to give microscopes sharper vision, letting scientists peer into living cells to seek the roots of disease.

The announcements continue with the Nobel Peace Prize on Friday and the economics award on Monday.

The awards will be presented on Dec. 10, the anniversary of prize founder Alfred Nobel’s death in 1896.

Associated Press writers Thomas Adamson in Paris and Jill Lawless in London contributed to this report.

Victoria’s Secret to be taken private by Sycamore Partners 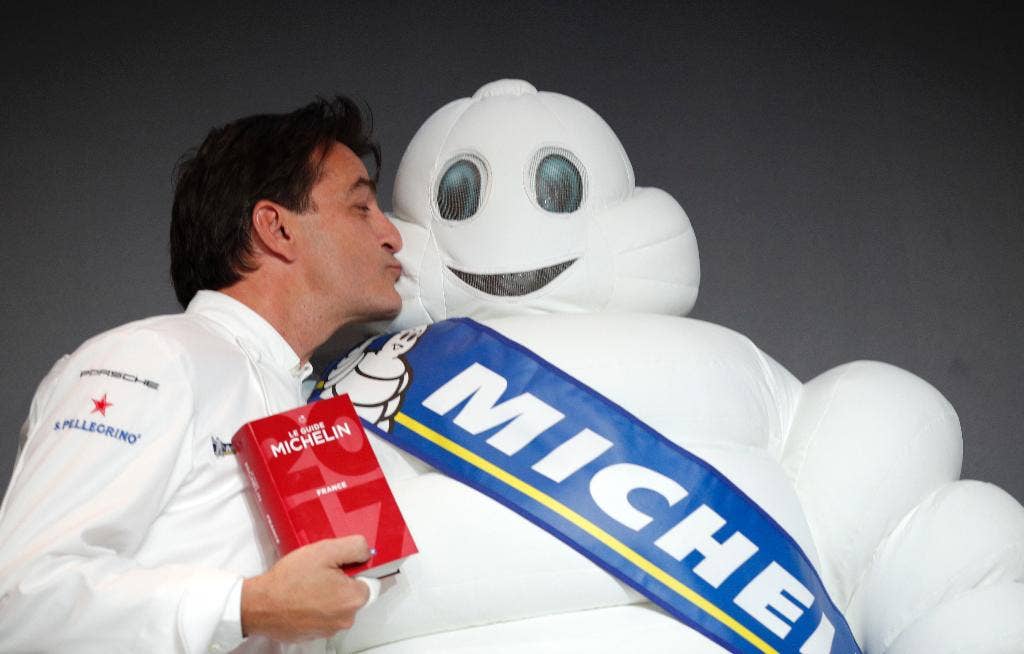