You are watching: Costco earnings, Bitcoin and Biden’s budget top week ahead in swppr.org

Investors will take in another wave of earnings this week from big names including Best Buy, Costco and Dick’s Sporting Goods.

As for stocks, more volatility in the cryptocurrency markets may spill over into equities as investors experienced last week. As of Sunday, Bitcoin took another beating, falling to the $31,000 level.

On Monday, both Lyft and Uber will be teaming up with the White House to begin offering free rides to COVID-19 vaccination centers beginning May 24. Lyft will offer a “ride code”, covering up to $15 for each trip to and from a vaccination site. The offer covers daytime rides on bikes and scooters, as well as cars. Uber has not provided additional details on its plans.

The promotion will run through July 4, the Biden administration’s intended goal for 70% of all U.S. adults to get at least one vaccine shot.

Facebook will reopen its offices in Sunnyvale, California at 10% capacity beginning May 24 and Amazon will allow fully vaccinated warehouse workers to ditch masks unless mandated by state and local laws. To be eligible, Amazon workers will have to present a vaccine card. Employees receive a bonus of $40 for each vaccine dose they receive.

Earnings will be light on Monday, with electric vehicle manufacturer Lordstown Motors taking the spotlight after the bell.

On Tuesday AutoZone and Cracker Barrel are reporting before the opening bell, while Intuit, Nordstrom, Red Robin Gourmet Burgers, Toll Brothers and Urban Outfitters will release after the bell.

Investors will also be given a slew of housing data on Tuesday, including new home sales, building permits, the Federal Housing Finance Agency’s monthly home price index, and the Case-Shiller home price index, as well as the latest data on consumer confidence.

Tuesday will also mark one year since the death of George Floyd, a Black man killed by former Minneapolis police officer Derek Chauvin. Chavuin, 45, was found guilty of second-degree unintentional murder, third-degree murder and second-degree manslaughter for Floyd’s death in April.  President Biden will host Floyd’s family at the White House on Tuesday.

Elsewhere, Etsy will ban gun parts and accessories from being sold on its platform beginning Tuesday.

Wednesday will be a big day for ZipRecruiter and Paymentus, both of which are slated to make their debuts on the New York Stock Exchange.

ZipRecruiter, a marketplace for job postings utilized by over 2.8 million businesses and 110 million job seekers, will file under a direct listing, in which a company becomes publicly traded without a bank-backed IPO by enlisting large investors first and setting an opening share price.

The company, which will trade under the symbol ZIP, became profitable in 2020, reporting $86 million in income from $6.3 million in losses in 2019. Revenue dropped nearly 3% to $418 million in 2020, according to the company’s prospectus filing.

Meanwhile, Paymentus, which handles cloud-based payments, has filed under a traditional IPO to sell 10 million shares, trading under the symbol PAY. It reported 2020 revenue of $302 million and net income of $13 million. At $21 a share, the high end of the expected pricing range, the company could be valued at $2.4 billion.

Retailers will dominate earnings during the day with Abercrombie & Fitch, Build-A-Bear Workshop, Dick’s Sporting Goods all set to report before the opening bell, while American Eagle Outfitters and e.l.f. Beauty report after the bell. Other names reporting after the bell Wednesday include NVIDIA, Okta, Snowflake, and Workday.

As for economic data, investors will watch mortgage applications and the Energy Information Administration’s data on weekly crude stocks.

On Thursday, President Biden will travel to Cleveland, Ohio to deliver remarks on the economy. Biden’s comments will come as investors take in data on new and continuing jobless claims, pending home sales, durable goods, corporate profits and revised GDP.

Biden will also release the first detailed budget proposal of his presidency, outlining his spending priorities ranging from foreign aid, immigration and policing to defense spending and deficit reduction.

As for earnings Best Buy,  Burlington Stores, Dollar General, Dollar Tree and Medtronic will report before the start of trading on Thursday.

While Costco, Dell Technologies, Gap, HP, Lions Gate Entertainment, Salesforce, and Ulta Beauty are among the major players to announce earnings after the bell.

Another notable company to watch on Thursday will be Disney, which will unveil its newest cruise ship, Disney Wish, which will also begin to take bookings. The ship, which will weigh in at about 144,000 gross tons and include 1,250 staterooms, will set sail beginning in summer 2022.

Wrapping up the week will be earnings from Big Lots and Hibbett Sports before the opening bell.

The consumer will also be in focus on Friday with data on personal income and consumer spending and the University of Michigan’s consumer sentiment index.

Other economic data to watch will be core inflation, the advance report for the trade deficit for the month of April, and the Chicago purchasing managers index.

See more articles in category: Economy
READ:  How much is nursing school?

Black Friday is coming! Here's how to avoid a holiday overspending hangover

What is McKesson? | Fox Business 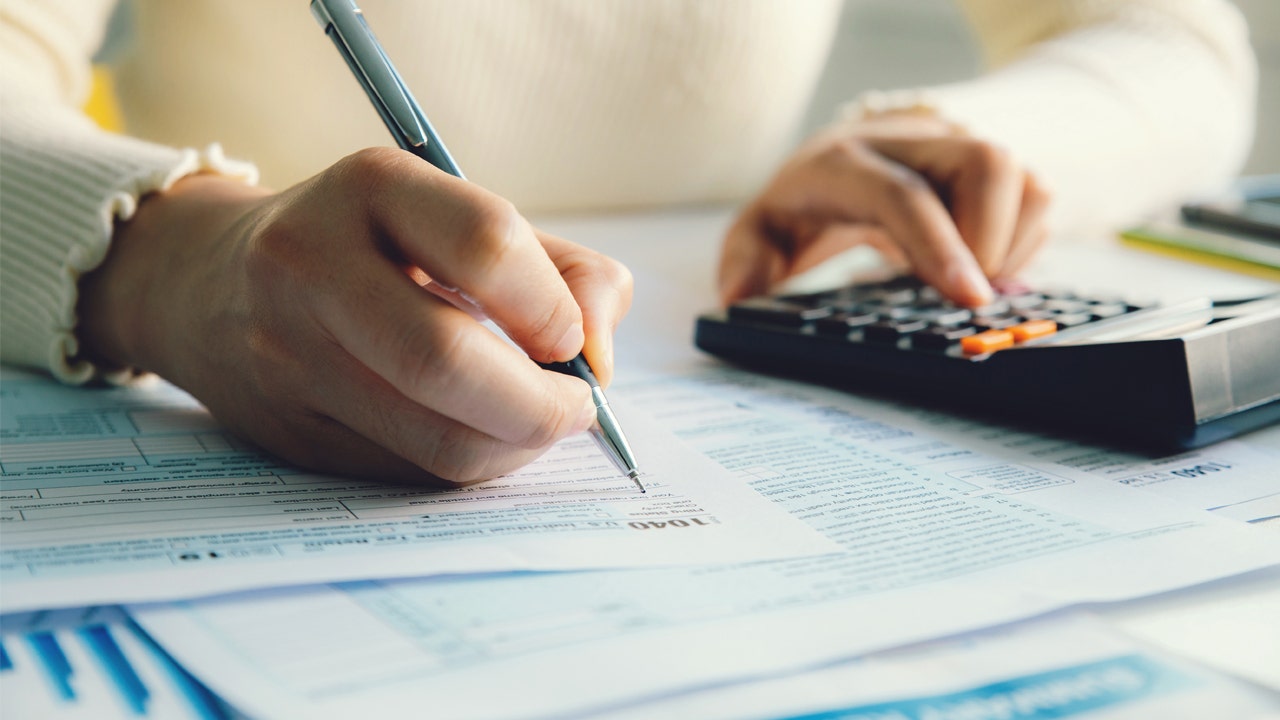 What caused the IRS’ 35M tax return backlog and when will you get your refund?