You are watching: ‘Batman v Superman’ Shatters Records in Debut in swppr.org

Faster than a speeding bullet and impervious to lousy reviews, the superhero faceoff “Batman v Superman: Dawn of Justice” rebounded from a smack down from critics to debut with a massive $170.1 million in North America, the sixth best opening of all-time.

The stakes were high for the Warner Bros. release, which cost $250 million to make and about $150 million to market. But the studio’s bid to launch a DC Comics universe to rival Marvel’s empire was met with persistent PR pains and numerous changes in the release date.

It fought skepticism over Ben Affleck’s casting as Batman and a barrage of bad reviews earlier in the week. Things were bad enough to spawn a ubiquitous viral video of “Sad Ben Affleck,” which took the actor’s response to the reviews and scored it with Simon & Garfunkel’s “The Sound of Silence.”

But the allure of seeing two of the most iconic superheroes battle it out was enough to set a record for the best pre-summer debut. “Batman v Superman” also grossed $254 million overseas, bringing its global total to $424.1 million for the weekend.

The mighty debut was met with a huge sigh of relief by Warner Bros. which invested its full marketing power in “Batman v Superman.” The film, directed by Zack Snyder, is the first of 10 DC Comics adaptations planned by the studio over the next five years. Along with pitting Henry Cavill’s Superman against Batman, it introduces a number of other heroes soon to get starring roles, including Wonder Woman (Gal Gadot) and the Flash (Ezra Miller).

Audiences gave the film a mediocre B CinemaScore, which suggested some moviegoers agreed with critics. But many fans (a good number of whom bought tickets well in advance) were undeterred.

“There was a disconnect there between what critics wrote and the fan interest,” said Jeff Goldstein, head of distribution for Warner Bros. “What we’re seeing is a huge amount of repeat business.”

“Batman v Superman” dominated Easter weekend with the kind of blockbuster performance usually reserved for Memorial Day or July 4th. In second was the Disney Animation hit “Zootopia,” with $23.1 million in its fourth week of domestic release. The go-to family release of the season, it has earned nearly $700 million globally. Universal’s “My Big Fat Greek Wedding 2,” a sequel to the 2002 hit romantic comedy, debuted with $18.1 million — effective counterprogramming to the male-centric “Batman v Superman.”

Opening well above the $116.6 million debut of Snyder’s Superman reboot “Man of Steel,” “Batman v Superman” again proved that among comic-book heroes, Batman (who took first billing from Superman, naturally) is second to none. The opening surpasses previous Batman installments “The Dark Knight Rises” ($160.9 million) and “The Dark Knight” ($158.4 million).

“It proves that the concept is bigger than negative reviews,” said Paul Dergarabedian, senior media analyst for comScore. “There was no way that if you’re a comic book fan or just a movie fan that you’re going to miss out on a match-up of such iconic characters. Audiences have to see the movie for themselves.”

The big weekend also breaks a poor stretch for Warner Bros., which was hobbled by a number of underperforming releases like “In the Heart of the Sea,” “Pan” and “Point Break.” If the estimate Sunday holds, “Batman v Superman” will be Warner Bros.’ best opening ever, topping “Harry Potter and Deathly Hallows Part 2” ($169.2 million).

“We all know that studios have dips and you can’t hit it out of the ballpark every time, although we try,” Goldstein said. “And we had a little bit of a dip in 2015, no question. We always believed in our upcoming slate. We knew it was just a matter of getting to the films.”

Whether word-of-mouth will be good enough to help “Batman v Superman” maintain its record-setting pace in the coming weeks remains to be seen, but the March release date means it will have little competition. The film soaked up IMAX, 3-D and large-format screens, drawing a 62 percent male audience.

“At the end of the day, a superhero movie can be a box-office superhero any month of the year,” Dergarabedian said. “For Warner Bros., this is a seminal moment. It proves how quickly fortunes can rise and fall based on your slate of films. This was a bet that paid off really big for the studio.”

Warner Bros. will hope the success continues for its next DC Comics property, the all-villain team-up film “Suicide Squad,” due out in August. Marvel and the Walt Disney Co. may also have been eyeing the result of “Batman v Superman” with interest. Their next installment comes in May with “Captain America: Civil War,” which likewise pits two heroes (Iron Man and Captain America) against each other.

Such a clash may feel like a repeat to moviegoers. More likely, “Batman v Superman” whetted appetites for more superhero-on-superhero violence. 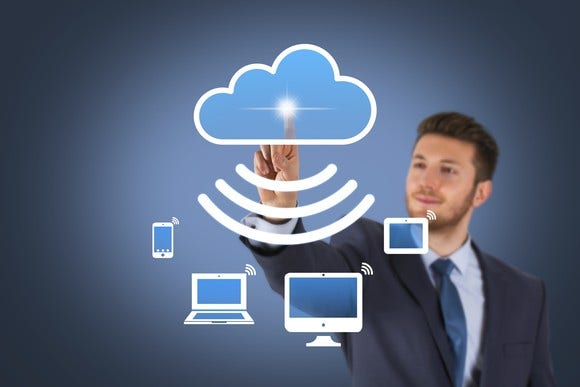 Best Cloud-Computing Stocks to Buy in 2016

Home prices surge by most since 2006

This Burger Stock Is Overrated (Hint: It’s Not Shake Shack)

The Oldest Company Logos in America

Check your credit card statements for this scam charge